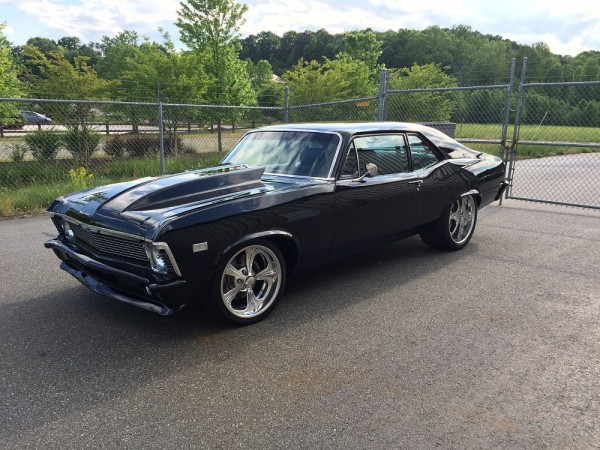 This 1968 Nova has an amazing story behind it.  You see, the owner Michael Bywaters great grandparents bought this car brand new in 1968 and drove the car daily.  When Michael was young he always wanted the car. Finally, the day came he got the car and drove it through high school.  After high school, life happened and Michael had to sell the car for a more family friendly car.  Fast forward, Michael always regretted selling the car, and had wondered if the guy he sold the car to knew where it had gone.  As luck would have it he still owned the car and Michael, after some negotiation, was able to get the car back.  You see, Michael knew the car was meant to be his again because still hanging from the rearview mirror…his high school tassel!  Yep, some cars are meant to never leave the family so that’s when Michael started talking to Joe, owner of Little Joe’s Street Rod Shop out of Denver NC, and a plan was started.  Michael’s wife Tracey said she was tired of him talking; it was time to get this thing done!!!! So again Michael contacted Joe and it was put into motion.

Keep in mind Joe had not seen this car, but had told Michael he could help him make his dream come true!  When Michael showed up with the car on a trailer, “OH BOY!” was all Joe had to say.  I’m sure you can imagine what it looked like.  But Joe is the kind of guy that lets nothing stop him, and he has always loved a challenge, so he told Michael lets see what we can do with this thing. The photos represent where we are today, with a beautiful black 1968 Nova that came close to bringing Michael to tears. At a loss for words, Michael repeatedly exclaimed “WOW, Oh Man”!   You see Michael hadn’t seen his car since Dec 1st so it was a huge surprise for him, but one he said the wait was worth it.  The build started in November 2015 and Finished May 3, 2016, a fast build for the amount of work involved.  Joe poured his heart and soul into this build as he does every car that he works on.  He has brought new life to Michaels dream.

Up front is the Heidts PRO-G IFS  with a Heidts 9” four link in the rear.  Wilwood brakes stop this beauty on all four corners.

Billet Specialties Stilettos 18 x 8 on the front and 12×20 on the rear set off the whole ride.

Now driving this beauty is not your grandma’s motor, it has a Grand National Race LS3 engine plus 30 that has been carbureted with a distributor. The car has by on the dyno putting our an impressive 600 horsepower. Performance Automatic built a custom 4L60E with an electric controller to handle all that power. Out back, the Ford 9” rear has 4:10 gears to make the cruise sweet.

Joe didn’t want to just put the stock bumper on this beauty; it needed to look bad to the bone.   He built a custom piece to set off the look, one I don’t think GM ever produced!

The interior kept with the custom theme to set this ride apart from the other.   Inside the Vintage Air will keep them cool along with the beautiful Billet Specialties steering wheel, brake and gas pedals. 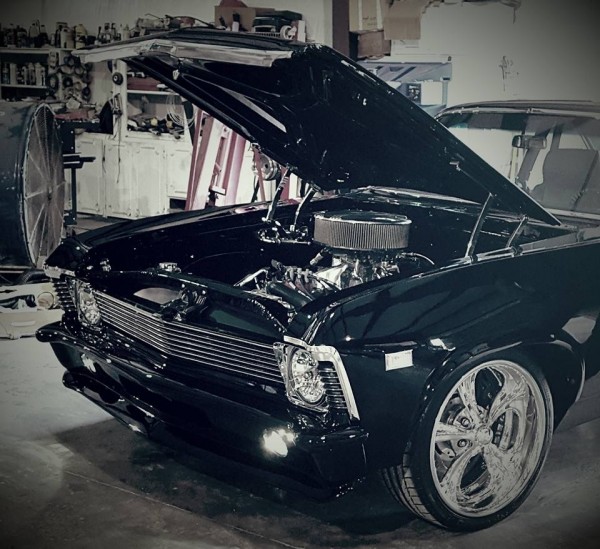 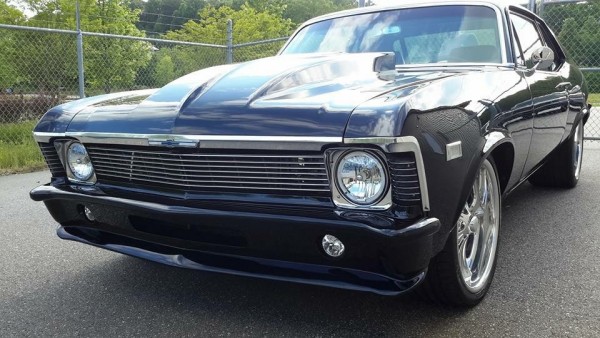